Our Goals
To raise the funds needed to create and erect a statue commemorating the legendary Irish Brigade of the American Civil War.  The below maquette - scale model -- of the statue has been created by the artist Pat O'Neill. 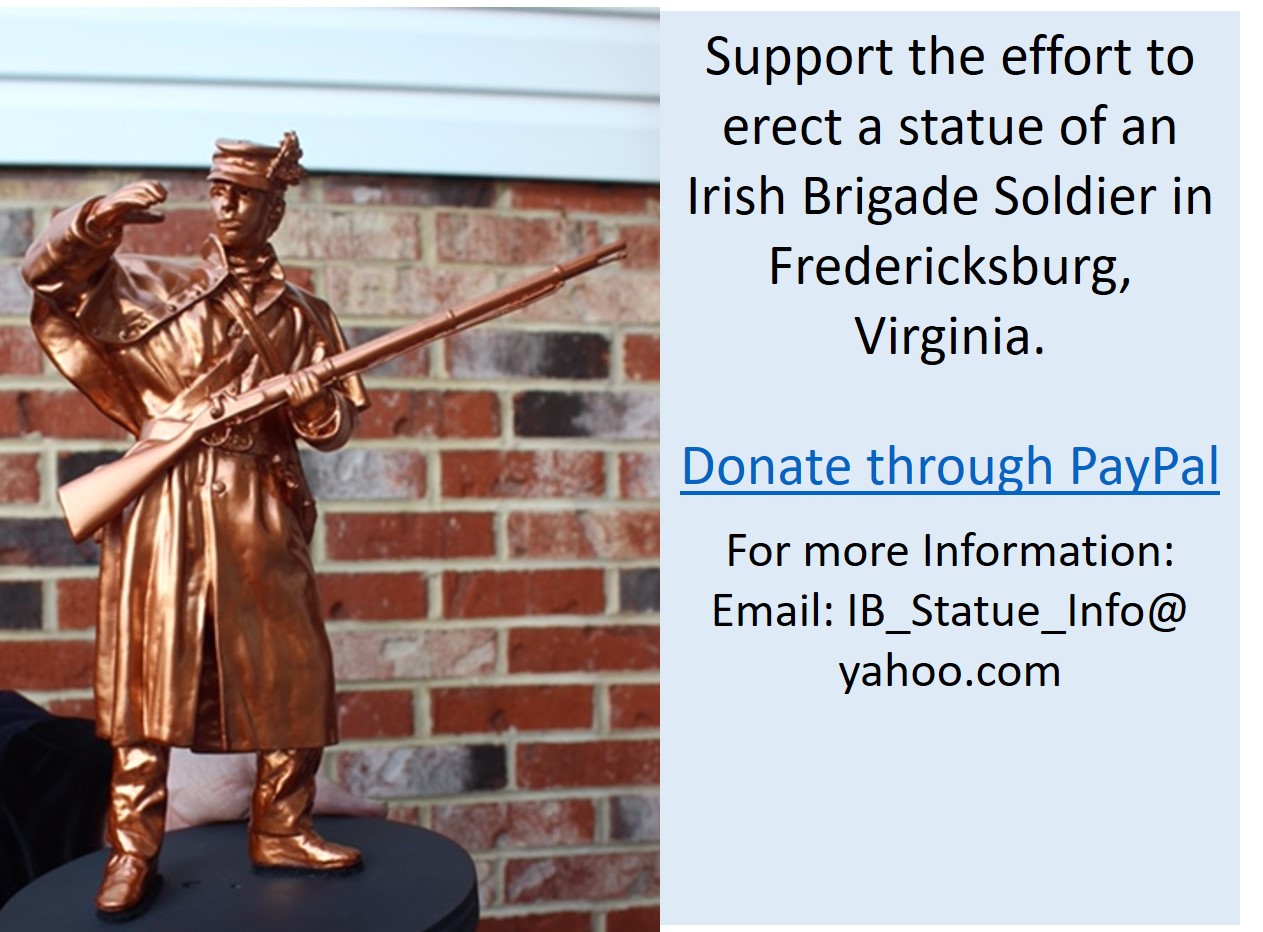 The Statue
The statue depicts a young soldier of the Irish Brigade, clad in his great coat, carrying his Enfield Rifled Musket, and wearing his leather accouterments. On his forage cap is a sprig of boxwood, the symbol of green Ireland adopted by the Irish Brigade for the attack on Maryes Heights. His posture and attitude are resolute to the coming dangers, seeming to say “Follow me lads!”


How Can I Help?
Donations (Check to “28th Mass Co B – Irish Brigade Statue”) can be mailed to the Irish Brigade Statue Committee at 4054 North 17th St, Arlington, Virginia 22207-2377, or made by Credit Card or funds transfer via PayPal to IB_Statue_Info@yahoo.com.


Why a statue for the Irish Brigade?
More than 150,000 Irishmen, many new immigrants to the US, joined the Union Army during the Civil War. The most famous of their formations was the Irish Brigade consisting of the 63rd, 69th, & 88th NY; the 28th MA and the 116th PA volunteer infantry regiments. Serving under distinct green banners, more than 4,000 Brigade members were killed or wounded in service of their adopted country. Of all Union army brigades, none but two others suffered more combat dead (961 KIA) than the Irish Brigade.

Most notably, the Irish Brigade suffered its highest loss at the Battle of Fredericksburg in 1862, in which it suffered 545 casualties. Despite their immense service and contribution to the Union Army at Fredericksburg, no monument exists there to commemorate their gallant sacrifice. This committee seeks to erect such a monument


Where will the Statue be placed?
The intention is that the Statue, once created, be placed at the Fredericksburg City Dock Park, the location of the central pontoon bridge over the Rappahannock River during the December 1862 Battle of Fredericksburg. There the Irish Brigade donned green boxwood and were addressed by Brigadier General Thomas Meagher before their fateful assault on Marye’s Heights on 13 December. Discussions are underway with the Fredericksburg City leadership as to this proposal, with favorable reaction to date.


Who We Are
The Committee is an aspect of the Recreated 28th Massachusetts Volunteer Infantry, Company B” a Living History & Re-enactment group located in Northern Virginia and Southern Maryland, dedicated to educating the public about all aspects of the military and non-combatant experience related to the American Civil War, Union soldiers, the Irish Brigade and the 28th Massachusetts in particular.

The 28th Massachusetts Volunteer Infantry, Company B, established in 1985 and the 2009 Civil War Preservation Trust “Re-enactor Unit of the Year,” is a registered non-profit organization in the State of Virginia and has 501 (c) (3) status under the Internal Revenue Code. (www.28thMassCoB.org) 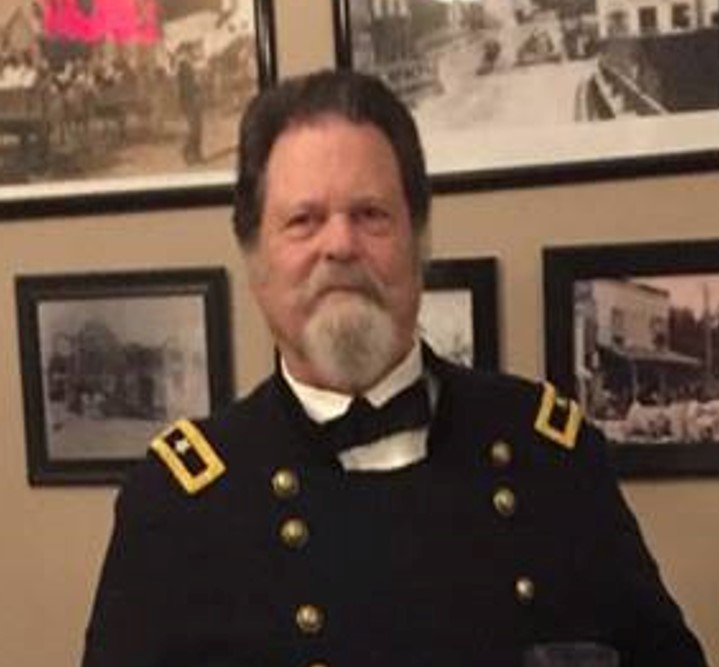 Patrick O'Neill of Vienna, Virginia, is an internationally recognized artist, sculptor, and model maker. Over his three decade career, he has exhibited widely and has won numerous awards. His work has been on display at the White House, the Pentagon, the Smithsonian, and in the Capital Rotunda. O'Neill has had a life-long interest in the experience of the Irish in America and the Civil War. He is a Living Historian and a Re-enactor. This project combines all of his interests in single work.